The shortlist for 2018’s Penderyn Music Book Prize was announced by organiser Richard Thomas (see pic below) at the Boogaloo pub in Highgate, London on Tuesday 6th March. The shortlist is: Roots, Radicals and Rockers: How Skiffle Changed the World by Billy Bragg (Faber), First Time Ever: A Memoir by Peggy Seeger (Faber) and Art Sex Music by Cosey Fanni Tutti (Faber), Some Fantastic Place: My Life In and Out of Squeeze by Chris Difford (Weidenfeld & Nicholson), Sticky Fingers: The Life and Times of Jann Wenner and Rolling Stone Magazine by Joe Hagan (Canongate), Memphis 68: The Tragedy of Southern Soul (The Soul Trilogy) by Stuart Cosgrove (Polygon) and Uncommon People: The Rise and Fall of the Rock Stars 1955 – 1994 by David Hepworth (Transworld).

The prize is for any book about music, so can be history, theory, biography or autobiography. And the judges for the prize are writer Laura Barton, DJ Gemma Cairney, comedian Simon Day, and musicians Jah Wobble, Jim Sclavunos (The Bad Seeds) & Jason Williamson (Sleaford Mods), and the winner will be announced at the Laugharne Weekend Festival on 8th April 2018.

Stephen Davies of Penderyn said, ‘The prize is now in its 4th year and everyone at Penderyn is delighted that it’s going from strength to strength. It’s great to be associated with such an array of musical and journalistic talent, and also great to see everyone enjoying Penderyn whisky at the launch party in Highgate last Tuesday.’ 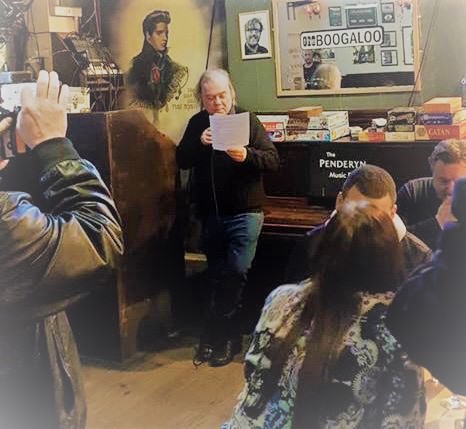